Let’s learn how to release a come along winch safely in this article.

Come-along winches are the most common tools used to install sails.

Composed of a body and lever arm, a come-along consists of two parts. This body is made up of two parts, a running end, and a fixed end.

Movement is controlled exclusively by the running end. In wrapping the wire rope around the spool in the center of the body, the running end is moved.

Through the lever arm pivoting and the latches, spooling can be accomplished. The latches are separated into two parts.

There are two mechanisms – the first is found on the body, and it prevents the spool from unwinding while the second is on the lever arm, which applies tension to the running end.

Two latches are found on the lever arm of the come-along and allow the spool to move forward so the wire rope can be wound onto the spool.

In the end, a hook is attached to the wire rope that exits the body on the running end.

Along that length of wire rope, we use a modified come-along with a pulley and quick-link, as shown in the video.

The sail is thus brought closer to the connection point than would otherwise be possible.

You should take the following steps:

How To Release a Come Along Winch [4 Steps]

1) As a first step, we slide the spring’s hook from the bottom to the top of the slot to release the tension. The drive-pawls will now be freed and can be swung freely. However, the tension in the cable has not yet been released.

2) When the handle has reached the other side, swing it until there is some resistance. The trick is to press a little more, a little harder, until you hear a very audible “clunk”. The sound you hear is the clunk of the stop-pawl being pushed off of the ratchet, releasing just a little tension. Once the cable is released, one step of the ratchet will be released.

3) You can continue doing this until you loosen the cable one more step for every time you push the handle all the way and then relax it.

4) Keep doing this until most of the tension has disappeared. Swing the handle back, release the stop-pawl again, and grab the trigger of the stop-pawl with your thumb so you don’t let it go back down. This will make the reel coil more quickly.

This now allows the ratchet wheel to spin freely, and you can pull the cable out as much as you like.

Looking For Other Come Along Winch Guides?

What is meant by Come Along Winch

Method To Use a Come Along Winch

Come-along is the most common tools for erecting sails. A come-along consists of two parts: the body and the lever arm. This body is made up of a running end and a fixed end. Only the runner end has control over movement. 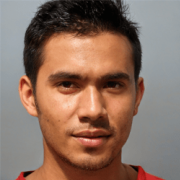